The Proper Way to Boast 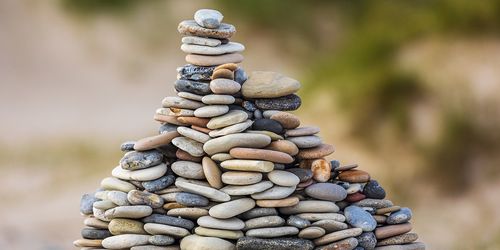 “Watch out for those dogs, those evildoers, those mutilators of the flesh. For it is we who are the circumcision, we who serve God by his Spirit, who boast in Christ Jesus, and who put no confidence in the flesh—" (Philippians 3:2-3).

The Apostle Paul didn’t mince words. He told it like it was. As he was instructing the church at Philippi where they should place their trust, he sternly warned them about the false teaching they were hearing. These Judaizers were attacking Paul’s reputation; they were trying to force the Philippian believers from non-Jewish backgrounds to adopt Jewish customs as a condition of salvation.

God has made it abundantly clear that He has left no possible room for human boasting when it comes to our justification. “For it is by grace you have been saved, through faith—and this not from yourselves, it is the gift of God—not by works, so that no one can boast” (Ephesians 2:8-9).

And yet, God has left us room to boast about Jesus Christ. At the end of Christ’s suffering on the cross, He said, “It is finished” (John 19:30). Jesus completed what He came to do; He came to save sinners. He who had no sin became sin for us so that by His suffering, we are healed.

Not only did He take the punishment we deserved, He also fulfilled the law of God that we had no ability to do for ourselves. So, when God views us, He sees Christ’s perfect cloak of righteousness around us. His perfect righteousness is credited to our account by imputation.

The lyrics from the hymn, Rock of Ages, capture this idea of double blessing so well: “Rock of Ages, cleft for me, Let me hide myself in Thee; Let the water and the blood, From Thy wounded side which flowed, Be of sin the double cure, Save from wrath and make me pure.”

It’s this thought that should fill us with joy!  Through Christ, God has done it all for us. There’s nothing else for us to do, other than to trust and obey Him out of our gratitude and love for Him.