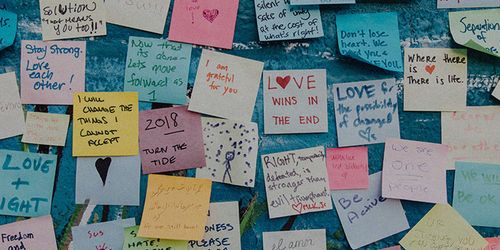 “But I think it is necessary to send back to you Epaphroditus, my brother, co-worker and fellow soldier, who is also your messenger, whom you sent to take care of my needs … So then, welcome him in the Lord with great joy, and honor people like him, because he almost died for the work of Christ” (Philippians 2:25, 29-30).

Recently a friend applied for a big promotion at her workplace and asked me to write a letter of recommendation. It would be an amazing step in her career -- and a huge blessing for her coworkers. I found myself smiling as I considered her gifts, abilities and talents -- and thanking God for bringing her into my life.

Then it brought me pause. Do I share with others the blessings they are in my life? Sadly, I admit – not often enough. This ability to encourage others right where they are is truly a gift. And Paul was given this gift in spades!

In today’s verses, Paul used his gift to celebrate Timothy and another less-well-known believer. Let’s see what we can learn about the believer named Epaphroditus:

1. He was a brother – he was a fellow believer and a member of the church at Philippi.

2. He was a co-worker – he was willing to make the hard journey from Philippi to bring Paul information from the church.

3. He was a fellow soldier – he wasn’t blind to the difficulties of his calling, but he was willing to take on the challenges.

5. He was a messenger – as he carried a message from the church to Paul, he was also sharing the message of Christ to many along his journey.

So, here is where I leave you, how are you being an Epaphroditus -- a loving brother, co-worker, soldier and messenger?

And, perhaps even more importantly, how are you being a Paul -- an encouraging leader that not only pours into others but also speaks highly of them and their work?

Lord, we are given so much -- family, friends, education, gifts, interests, resources, and experiences. Let us use them for You right where You have us. Let us be encouragers to many; and when we find we need a dose of encouragement ourselves, we come to You first. Keep on the front of our minds those letters of recommendation You’d pen for each of us. Amen.