The Glory of Humility 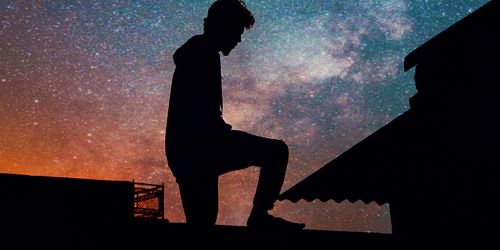 “Therefore God has highly exalted him and bestowed on him the name that is above every name, so that at the name of Jesus every knee should bow, in heaven and on earth and under the earth, and every tongue confess that Jesus Christ is Lord, to the glory of God the Father” (Philippians 2:9-11).

The proudest Father in history puts the world on notice concerning the unrivaled value of Jesus — the Father “highly exalted Him” (v.9). Hebrews 1:3 offers an interesting picture of this moment: “After making purification for sins, he sat down at the right hand of the Majesty on high.” Jesus was not more glorious after the ascension than before His incarnation, but the gospel gave God the Father a reason to point out why Jesus was already glorious – Jesus has always been humble.

Therefore, the Father bestows on Jesus a name above every name. Some commentators think this name is “Jesus” as it directly follows in the text. However, some think that there is another name to which verse 9 is referring. A possibility is mentioned in Revelation 19:12: “he has a name written that no one knows but himself.” Regardless, the name above every name is a name that will evoke something universal, unprecedented, and inevitable.

“so that at the name of Jesus every knee should bow, in heaven and on earth and under the earth, and every tongue confess that Jesus Christ is Lord” (vv.10-11). Are you prepared to kneel before Jesus and confess his Lordship? The designation “under the earth” could mean that both demons and the apostate will bow the knee and confess Jesus as Lord -- unwillingly. Jesus’ reign is so complete that it overpoweringly governs even those who hate Him.

“to the glory of God the Father” (v.11). The glory of God is the beautiful value of His character. These verses show how God redeemed an inherently broken people by taking on weak flesh and submitting to the horrible execution of the cross. Yet His glory is so great that in His weakest moment He defeated the powers of darkness and accomplished the gospel.

Will the humility of Jesus, as it displays the glory of the Father, dissolve our selfishness? Will we be brought to willingly bow before Christ and confess Him as Lord? We must each decide soon, for a moment is coming when Jesus will appear -- not to die on a cross -- but rather to avenge those who refused Him. “He will tread the winepress of the fury of the wrath of God the Almighty. On his robe and on his thigh he has a name written: King of kings and Lord of lords” (Revelation 19:15-16).