The Ultimate Example of Humility 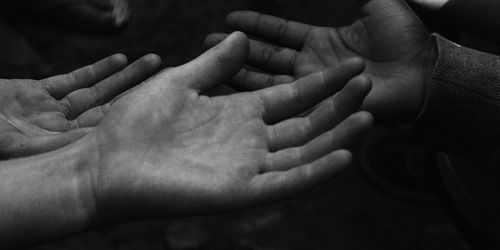 “Have this mind among yourselves, which is yours in Christ Jesus, who, though he was in the form of God, did not count equality with God a thing to be grasped, but emptied himself, by taking the form of a servant, being born in the likeness of men. And being found in human form, he humbled himself by becoming obedient to the point of death, even death on a cross” (Philippians 2:5-8).

Paul purposefully presents a series of ideals and commands that should be governing our lives in Philippians 2:1-4 – commands that seem really tough, maybe impossible, to live consistently.

But thankfully, he now provides vv. 5-11 to answer the question of how to live with an eternal joy resulting in humility through the power of the Holy Spirit.

Paul explains that there is a mind that is gospel-centered, humble, and selfless – as the power of God’s Holy Spirit is at work in us. The gospel, when believed, changes us; it transforms our mind into a new one. “Have this mind among yourselves, which is yours in Christ Jesus” (v.5). Astoundingly, this new mind is the mind of our God and Savior, Jesus Christ!

Paul’s description of this mind begins with the fact that Jesus existed in the highest, most exalted position in the universe -- yet He chose not to use this position for Himself. How might we apply this truth since we are definitely not in that highest, most exalted position? We could ask: “What advantages do I have? And am I using those advantages to help others – just as Jesus used His deity?

Jesus’ unwillingness to use His deity for His own benefit was not the full extent of His humility. He also emptied Himself and condescended to become a man. The only analogy that I can imagine that even comes close to the incarnation would be if a human being were to become an amoeba. Yet the text goes further to tell us He took on the form of a servant; and as a servant, “he humbled himself by becoming obedient to the point of death, even death on a cross” (v.8). As a man, He could be our substitute, take on our sins, and die for us. As God, He could live a life of perfect righteousness to soon be counted as ours. Both actions display the greatest humility the world ever has or ever will witness.