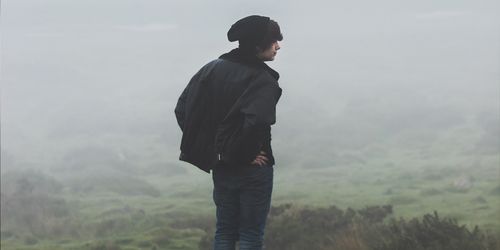 Yesterday we mentioned that one of the reasons Paul found joy in his challenging situation was that he had the unique opportunity to witness to the elite soldiers of the palace guard – who over his lengthy imprisonment became convinced this was an innocent, honorable, godly man in chains for his faith.

Today we’re going to look at reason #2 for Paul’s joy in the midst of his suffering. Immediately following yesterday’s Scripture passage, there is this comment: “and most of the brethren in the Lord, having become confident by my chains, are much more bold to speak the Word without fear” (Philippians 1:14).

Because Christ-followers often encountered hostility throughout the Roman Empire, many were fearful about sharing their faith. But as they observed what was happening to Paul’s ministry in the midst of his circumstances, his courage started to rub off on them. The Scripture tells us that “most” of the people within the church observed how God was protecting Paul and blessing his ministry. They became more confident and “much more bold to speak the Word without fear.”

In 1933, during the depth of the depression, President Roosevelt told the American people: “The only thing we have to fear is fear itself.”  I think that was what Paul’s life and example were saying to his fellow Christ-followers – fear is paralyzing, unhelpful, and non-productive -- and can only be conquered by courage and faith in Christ.

Paul’s testimony to those within the church (whether they observed it themselves or heard about it from others) gave them hope and courage to follow his example and share their faith boldly. Ask yourself these questions:

2 - Is your faith the kind of faith that encourages other believers?