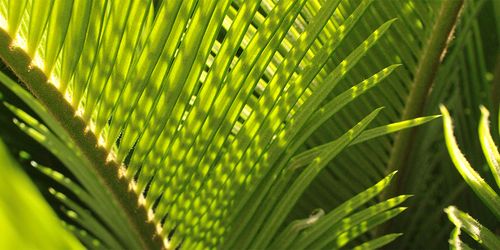 As Jesus approached the city on this day we call Palm Sunday, He wept for Jerusalem – He wept because the people He came to save didn’t get it! They didn’t know “that day what would bring peace.” They didn’t comprehend that He was the Son of God who came to save them from their sins and reconcile them to their heavenly Father. Today pray that those who are hearing the Easter story this week will have their eyes opened to the truth of who Jesus is – and that their hearts will be especially receptive to the truth of the Gospel.

Jesus sent two disciples, saying to them, “Go into the village in front of you, and immediately you will find a donkey tied, and a colt with her. Untie them and bring them to me. If anyone says anything to you, you shall say, ‘The Lord needs them,’ and he will send them at once.”

The disciples went and did as Jesus had directed them. They brought the donkey and the colt and put on them their cloaks, and he sat on them. Most of the crowd spread their cloaks on the road, and others cut branches from the trees and spread them on the road. And the crowds that went before him and that followed him were shouting, “Hosanna to the Son of David! Blessed is he who comes in the name of the Lord! Hosanna in the highest!” And when he entered Jerusalem, the whole city was stirred up, saying, “Who is this?” And the crowds said, “This is the prophet Jesus, from Nazareth of Galilee’” (Matthew 21:1-3, 6-11).

Today is Palm Sunday, the beginning of Holy Week. Normally we would be gathering to sing our praises in the Sanctuary – as our little ones in the children’s area make construction paper palm branches and march around singing “Hosanna!” with enthusiasm and joy-filled faces. This Palm Sunday we are gathering in our homes to worship online or on TV while the world is dealing with a pandemic.

As I think about it, the events of this week in Scripture were not what the disciples planned or expected either. The week kicked off with the events described above – a joyful day celebrating hopeful expectations of what most people thought their Messiah would be – a macho hero who would save them from Roman rule! Some may have wondered why He didn’t ride into town on a white stallion with trumpets blaring to announce His arrival. Yet, there He was on a DONKEY! Not what they expected.

Do you realize that, even in the midst of today’s situation, our mighty God is still at work working all things together for our good and for His glory? Trust Him, and let the light of your confident belief bring hope to those around you!