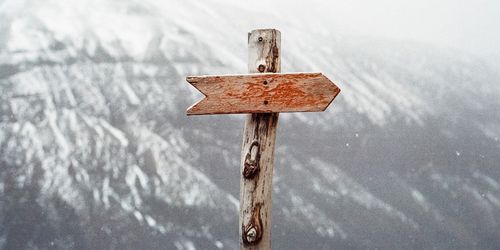 Now that’s a prayer! It’s the prayer of someone who has a deep and trusting relationship with His Master – and a love for his friends. Read it a few more times as if Paul is praying that prayer just for you – and let the words of that prayer sink in. Do you realize that you serve a God who wants to give you a “more than you can ask or imagine” answer to your prayer? If you believe that, and I think you do, let’s ask God for that big thing that is on our hearts – knowing that He is able.

Jesus answered, “I am the way and the truth and the life. No one comes to the Father except through me” (John 14:6).

Most mornings, I usually wake up before my wife and search for my slippers, glasses, and phone in the dark so I don’t wake her up. I’m usually successful when I’ve placed those items in predictable spots the night before. I can then usually locate them by touch. There are those times, however, when this approach fails and I must resort to turning on a light just outside the bedroom so I can find my way to those things.

Since the earliest of days, man has been trying to find his way through the dimness that comes from willful ignorance. The Bible says the reason we don’t believe is not because we have an absence of knowledge, but because we have intentionally ignored the knowledge we do have.

“The wrath of God is being revealed from heaven against all the godlessness and wickedness of people, who suppress the truth by their wickedness, since what may be known about God is plain to them, because God has made it plain to them” (Romans 1:18-19).

Nevertheless, man is not satisfied with just suppressing the knowledge God has given him; he must fill this void with an acceptable belief system, regardless of its validity. These false beliefs may often take the form of a philosophy, religion, science, or mystical outlook.

In the realm of philosophy, man has tried to understand how the diversity of what we perceive is connected to a unifying principle. In his search, he questions how we can really know what we think we know. He is perplexed by the known limitations in both our perceptions and our rationality. Once formerly accepted theories of knowledge are shown to be inadequate, he tends to sink into a skeptical attitude that often leads to a secular worldview which conveniently ignores metaphysical truths.

Religion can take on a variety of forms. For example, religions can affirm or deny God. They can also posit an impersonal or personal God, an active or inactive God, one God or many unseen spirits, or even good and/or evil gods.

Reliance on science, on the other hand, attempts to arrive at certainty, but cannot explain or prove ultimate essence or purpose. For example, while science can mathematically describe what energy does, it cannot describe its ontological makeup. And if the Big Bang was the start of creation, what happened the moment just before which caused it to happen, and why?

While all true knowledge meets together at the top (i.e., God), some knowledge is unattainable without the express revelation from the One who caused all reality, as we know it, to exist. This is the purpose for the revealed Word of God—the Bible. And the One for whom all things exist is the central theme of the Bible, namely Jesus Christ, The Lord. He is the WAY!

By Jim Connell
Posted in Belief