This Is No Time to Be Troubled 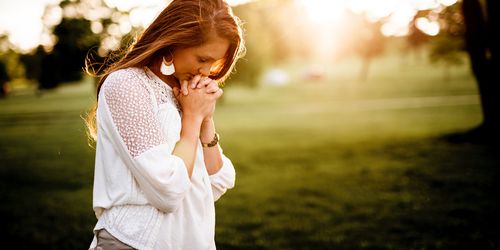 Through the gift of prayer, we have the opportunity to speak to the Creator of the universe! And a part of our time in prayer should be spent in praise – praising God for who He is – for His character – for His awesome power. Sometimes when the times are tough and we trend toward hyperventilating, we need to take a deep breath and praise the One who gave us breath and life – and hope.

This Is No Time to Be Troubled

This week, our devotionals will be centered on one of the most popular -- and controversial -- verses of the Bible — John 14:6, in which Jesus said, “I am the way and the truth and the life. No one comes to the Father except through me.” But first, in order to better understand its importance, let’s consider the context in which this truth was revealed.

In the upper room on the night before He was crucified, Jesus had one last Passover meal with His disciples. He took this opportunity to reveal to them what was about to happen to Him and how it would affect them. The twelve disciples had left everything to follow Jesus. All their hopes and dreams centered on their relationship to Him. Now He was about to tell them He was going to leave them for a while; and where He was going, they could not come. Jesus knew this would be a real shock to His disciples, so He explained why it would be better for them if He went away rather than staying with them.

Jesus had a greater purpose for them. Jesus explained that If He left, He would prepare a place for them to go, so they would ultimately have an eternal dwelling place with Him and His Father. And when He left, He and the Father would send the Holy Spirit to give them the help they needed while they were away from Him.

This may have been comforting to them for the moment, but it wasn’t long before they would all desert Jesus during the time of His arrest. Then shortly after Jesus arose from the grave, the disciples were together in a locked room, apparently hiding from the authorities in fear of being persecuted for following Christ.

But while the disciples were gathered together, the resurrected Jesus appeared among them. This was the turning point! Hope returned. God made the impossible possible by raising Jesus from the dead. The Father vindicated His Son. For 40 days after that, Jesus appeared to about 500 of His disciples to put the “exclamation point” on His earthly ministry. And the evidence for Jesus Christ’s claims about Himself has echoed down throughout time ever since.

Our faith is not based on credulity or superstition. It is based on reliable historical evidence of a “Man” who claimed to be God and backed up that claim by fulfilling all that was foretold about Him by the true prophets of God, performing miracles that only God can perform, teaching as One with all wisdom and authority, and showing Himself to be approved by God.

You have every good reason to have a firm hope during this Easter season. In a time of uncertainty like today, look beyond the moment into the glorious future ahead for those who place their faith in the Lord!