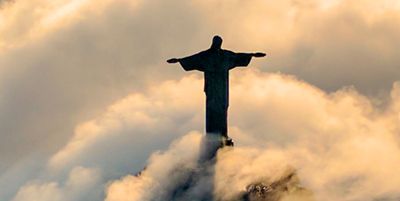 It had been four days. Martha and Mary were still in shock. When Lazarus fell sick, they had sent for the Lord (John 11:2) whom they loved. They had seen Him perform many miracles, they had believed in Him, they had known He loved Lazarus (John 11:3), they had been certain He would come and heal their brother. But He hadn't come. Now they found themselves surrounded by a house full of family, friends and acquaintances, mourning the death of their brother Lazarus. It wasn't supposed to happen this way.

“So when Martha heard that Jesus was coming, she went and met him, but Mary remained seated in the house. Martha said to Jesus, ‘Lord, if you had been here, my brother would not have died. But even now I know that whatever you ask from God, God will give you’” (John 11:20-23).

Finally, Jesus is coming and Martha goes to meet Him on the way. He hadn't come when she called, He hadn't brought the healing she wanted; and from Martha's perspective, He was four days too late. Nevertheless, she goes to meet Jesus, don’t miss that. She did not know that Jesus had delayed His coming for a purpose; she did not know that His purpose was to glorify the Father, that He would raise Lazarus from the dead. Martha takes her circumstances to Jesus, instead of allowing the circumstances of the moment to turn her away from Him.

By Jesse Smith
Posted in Belief